Late June, 2017 represented a milestone event for Cesco Australia with the first live display of the Frameless 7.6m3 ”Low Rider” Mixer to the industry – launched in conjunction with our design partners, into the WA market. The unit was displayed to our Perth-based customers in conjunction with Truck Centre Western Australia (Mack). The expressions of interest and feedback was impressive and based on that positive feedback a 2nd unit has been ordered and due to dispatch to Perth in late July.

Customers and potential customers such as WA Limestone, Hanson, Holcim, Boral, BGC, Limecrete, Mundaring Concrete, Midland Cement Materials, Remote Area Concrete, CSL PTY LTD, were some of the industry leaders that viewed the Demonstration unit. Words and phrases such as “Game Changing”, “Progressive”, “Great concept”, “Industry leading” “Impressive” were some that were used.

The ”Low Rider” was on display at Truck Centre Western Australia Branches in Guilford and Spearwood for viewing at open invitation. Mack, Boral and Cesco have worked together to achieve the first Lower Centre of Gravity (LCG) Truck and Transit mixer combination. Cesco started this Continuous Improvement Project some 24 months ago now and the trials and testing to date has gone well beyond all expectations.

The first ”Low Rider” was commissioned and delivered to Boral in April 2016 from this the combination was entered into the Cement Concrete& Aggregates Australia EH&S Awards in 2016 and received a Highly Distinguished 2nd place.

A back to fundamentals Engineering review of both truck and the transit mixer was undertaken in 2014/15. This revealed a number of opportunities that could potentially improve the vehicle’s natural road holding ability. 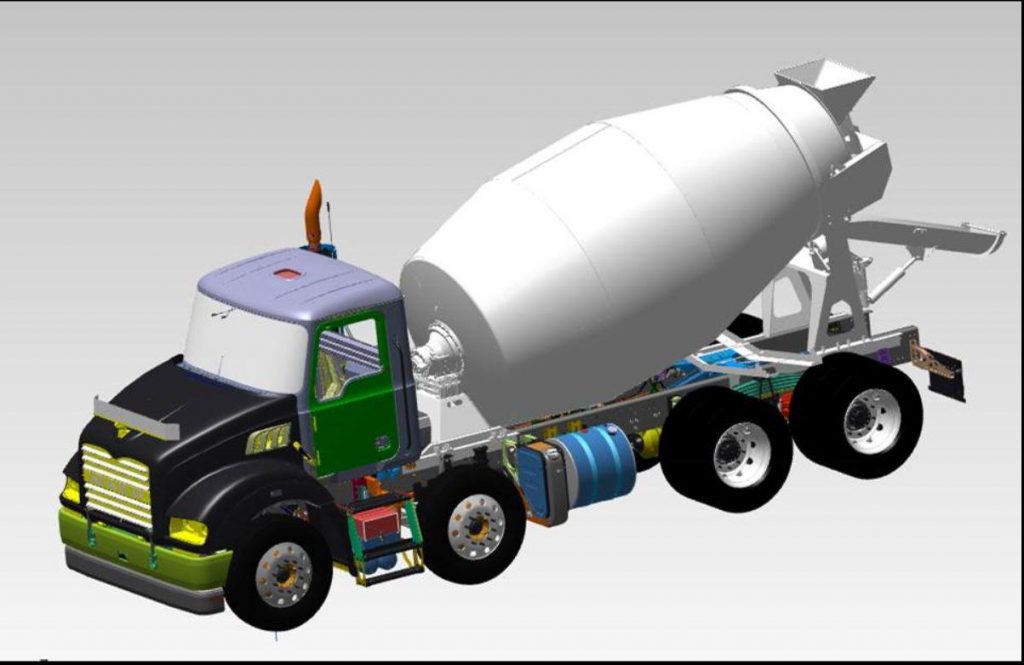 These opportunities can generally be grouped into 3 different areas. These are:

From this a development committee was set up and Engineering teams went about making change. A summary of the main changes to current conventional design in Australia include:

Cesco currently has 14 ”Low Rider” units in the field including several 9m3 all preforming beyond expectations. Talk to our sale team now about changing to the future!!!